When things speak by themselves, who listens?

As we examine the screen, the first thing we look for is movement. Green fields divided up by bluish lines. Isn’t there something moving in the blue? After a while, the motif shifts. Our eyes scan, try to find a logic in the patterns. For around five minutes, different aerial views appear – apparently filmed by drones – of what we later learn is a swamp landscape in Andalucia, filmed from just far enough away for the dry land to look as if it is painted in oils but near enough for the movements to be visible. Then we are sent down to ground level.

These are the opening images in Alberto Rodriguez’s crime thriller, La Isla Mínima (Marshland, 2014), in which two Spanish policemen, one young (brought up in democratic Spain) and one older (brought up under Franco) must work together to investigate the disappearance of two young girls. They are not seasoned partners; we learn that they scarcely know each other and that both of them have been assigned to Andalucia because of conflicts with head office in Madrid. This, along with the historical backdrop – the film’s action unfolds five years after the death of Franco – creates an expectation that the heroes are not wholly good.

In an average detective series, the objects found during the investigation aren’t just pieces in the puzzle, they also take on the role of co-narrators: the clothes in the ditch reveal something essential about the perpetrator’s habits or weaknesses. The bag in the rubbish bin gives away what the owner likes to do in bed. In the course of the 1800s and through the 1900s, material objects were fetishized, says literary researcher, Mark Seltzer, in his book Bodies and Machines (1992). Science creates and refines models on paper and in databases, so that it ultimately seems as if the things themselves – magically and without human intervention – turn themselves into numbers our machines can read. In Rodriguez’s film, the objects are mute. Pieces of evidence are at hand which, with today’s technology, could have revealed the perpetrator in the blink of an eye, but they are investigated by the police in the field, not by experts in laboratories. The detectives themselves must put two and two together and they’re constantly getting it wrong. Things do not speak by themselves yet. 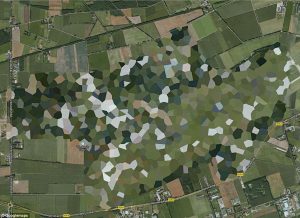 Almost 60 years ago Hannah Arendt asserted that we had achieved the age-old dream of finding the Archimedean point, satisfied the desire to view the earth from above, attained the heavens and beyond “to reach into space, in the neighbourhood of the sun, the moon and the stars”, as she writes in the opening comments of her philosophical magnum opus, The Human Condition (1957). “The Archimedean point” is the term used in Greek antiquity for the idea that mankind could lift the entire earth if only it were possible to place the lever at a great enough distance. This point has since become synonymous with a neutral standpoint, a perspective that enables us to exclude ourselves from the equation: At the Archimedean point, the whole world can be encompassed in a single gaze. While this ideal has long ago been abandoned in philosophical discussions, it is alive and well in tools such as Google Earth and in research projects such as the Human Genome Project; we have found the Archimedean point and have begun to organize the world from there.

Reading Arendt’s observations from 1957 today, it is easy to forget that mankind has not yet been into space; that Uri Gagarin’s ice-cold trip around the earth and back again in 1961 is still to come. However, the gaze Arendt is talking about belongs to the machines: it is the machines that have found the Archimedean point.

The german saying, if one goes on a journey, one has something to tell, serves as the fulcrum for Walter Benjamin’s essay, “The Storyteller” (1937). The saying, he writes, is no longer applicable today. The machine does not tell us about its journey, but produces information, maps, conveys a cybernetic swarm of figures and codes from one machine to another. Information is distinct from stories, which circulate among people and acquire their rhythm from physical labour; they are preserved and kept warm in the heads of people who are using their bodies to carry out tasks. Stories circulate around campfires, writes Benjamin, or while people are knitting, felting or picking potatoes. A story can encompass entire working shifts, hours on end pass while the human body is at labour, ears pricked up. Information, on the other hand, is stored in the machine’s circuit.

Machines are not preventing us from telling stories – Benjamin is not formulating some banal critique of technology; rather, mankind is no longer in situations where storytelling is kept alive. The working rhythm has altered: now we work to the monotonous rhythm of machines rather than the slow turning of the earth and the appearance of daylight. What’s more, the story’s most important source – distance – has vanished. In part, this is attributable to the arrival of machines. They travel for us and can travel to places mankind can only dream of reaching. But they also tell better, more usefully; they come home with material we can use, not just individual experience. Even Gagarin, the Russian who travelled further than anybody had ever travelled before, had his story hijacked by machines, with material to show that was more convincing than anything he could tell. The machines placed information like dislodged stars over a winter landscape. Or at least this is how it appears in Lotta Lotass’s novel about his space journey, Third Flight Speed (2004). In a series of montages, Lotass weaves together the myths about the Russian cosmonaut and dreams about his journey in space. It is as if Gagarin is unable to tell the tale himself but is in a vacuum, rotating around his own story. The fulcrum is the freezing cold, the only thing that links Gagarin’s personal story to the journey in space.

Even if anybody wanted to tell stories, nobody wants to listen. In an episode of the American TV series, Big Bang Theory (2007–) Howard, the engineer, has been on a trip to the international space station, ISS, to fix a toilet. Back home, he’s keen to tell everybody about his experience. At the start of the episode, he won’t let a single opportunity go by without mentioning the journey or telling a little anecdote from his workplace up on high. He irritates both girlfriend and friends, and throughout the whole episode they all try to make it clear to the former astronaut how one-track-minded he is. At the end of the episode, the penny drops when Howard is shown a YouTube video of some children trick-or-treating Buzz Aldrin, the second man on the moon. Aldrin opens the door and gives them chocolates with suitably cosmic names – a Mars Bar, a Moon Pie – and adds, like a public service announcement for the younger generations, who aren’t remotely interested: “You know, I went to the moon!” 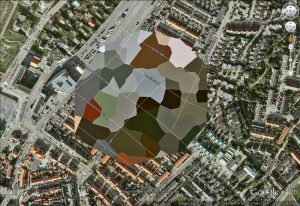 Alain Robbe-Grillet’s films and novels acquire their energy from the desire to map, to lift things into the light and to describe them in unbearably long takes and passages of text. The novel Jealousy came out in 1957, the same year the Americans were caught by surprise over how far the Russians had come in the Space Race. Set on a tropical plantation, where the heat is exhausting, the story is narrated in first or third person singular; the question is not easy to determine, as we never hear about an I. The main character is sitting in a house, looking out at the veranda where his wife and friend are sitting. The whole book is narrated in the present. Neither past nor future are mentioned, only the present action and spatial presence. At no point in the novel does the narrator move to take part in or find out what is happening out there on the veranda; all the information in the novel is channelled via the gaze, a gaze that employs a geometrical vocabulary to describe what it sees. The hairbrush is “like a bone-coloured oval” and moves “in a rapid curve” over the hair, while “the window opening [is split] into three equally high and almost equally broad fields”. The importance of using the correct description is continually emphasized; the anxiety about missing something out there on the veranda overshadows everything.

Robbe-Grillet’s language mimics a formalized language that is continually falling apart, making mistakes, is incapable of systematizing its observations; as soon as an attempt is made to convert reality into categorizable information, it appears absurd and unreadable. As the “plot” gradually advances, the reader becomes increasingly convinced that the narrator’s gaze is incapable of describing anything at all, that we are witnessing a panicked and mechanical tour de force, with a narrative subject that spreads out with every turn of the page. Robbe-Grillet brings the Archimedean point down to earth and places it inside a house; staring out onto the veranda, the gaze is in no position to investigate or do anything other than just that: stare. Something can always be read from the movements and the placement of the lemonade glasses out there on the veranda.

Most of Rodriguez’s La isla minima is told with low-set cameras, at eye-level with the characters – in striking contrast to the introductory aerial images at the start of the film. The people wander around among high reeds, chest-high in water, or drive along stretches of road with little side tracks to the left or right that are unmarked on the map the policemen are navigating by. When the gaze is raised up to a height of kilometres towards the end of the film it is not to provide a perspective of the landscape that shows where the bad guy’s car was driving or to give the public the overview they are looking for: the possibility of being able to read the signs better than the people themselves. Instead, the drone’s perspective offers us a quiet, beautiful image of the dry land, detached from human affairs, without any promises of catharsis or solutions to burning moral dilemmas. The drone climbs coolly up from the scene of the crime, giving us a hard-to-read pattern to take home with us. 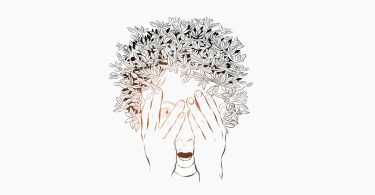 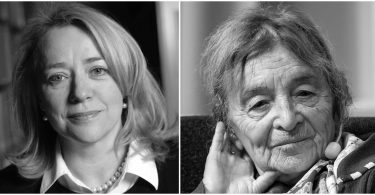 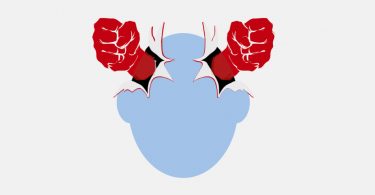 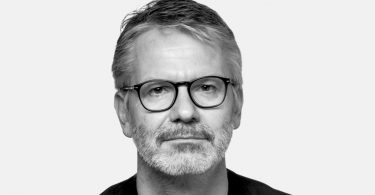 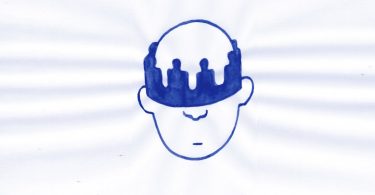